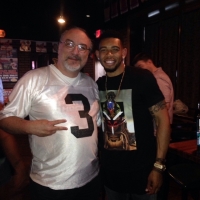 In the last issue, I explained that the Browns were headed in the right direction by adding high-round picks in this year's draft. Since then, free agency has been in progress and once again, the Browns have made a move that will enhance their draft positioning. This time it is for next year, 2018. They have added another second-round pick from the Houston Texans with a creative move. They used a technique that happens frequently in the NBA of absorbing an under-producing, high salary player contract and being compensated for it with the high-round draft pick. They now have their own first- and second-round picks for 2018, along with the second-round picks obtained from both the Texans and the Philadelphia Eagles.

The Browns do seem to have some problems in free agency though. This would be with their own players that they could have and should have re-signed. Last year it was offensive tackle Mitchell Schwartz and this year it was wide receiver Terrelle Pryor. The loss of Mitchell Schwartz last year played a role in the numerous injuries to Cleveland quarterbacks and the resulting 1-15 record. Terrelle Pryor was one of the few bright spots on the team last year. He is sure to be missed this year.

Heading into the free agency period, it was expected that the Browns would re-sign Terrelle Pryor, add an offensive lineman and a defensive back and, if possible, address their quarterback situation. They were able to sign Kenny Britt as a replacement for Terrelle Pryor. They have also bolstered their offensive line by signing two offensive linemen, guard Kevin Zeitler and center JC Tretter. They did miss out on the numerous defensive backs that were available. This included Stephon Gilmore from the Buffalo Bills, who was signed by the New England Patriots. He would have been ideal to line up at cornerback along with Joe Haden, especially since the Browns are expected to improve their pass rush by drafting Myles Garrett with their first selection this year.

Although there have been some disappointments with free agent signings, the addition of the offensive linemen is significant since this year's draft is lacking in quality offensive lineman prospects. Conversely, the draft is very deep with defensive back prospects. Even with this being true, Stephon Gilmore would have been a great addition to the team.