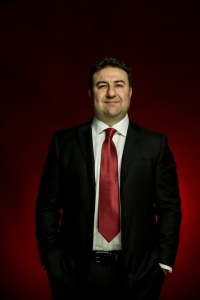 "A Thousand and One Journeys: The Arab Americans," a documentary on the contributions of Middle Eastern immigrants to the United States, will be screened from 6-8 p.m. Tuesday, March 28, at the Corporate College West facility of Cuyahoga Community College.

Filmmaker Abe Kasbo will attend the showing and participate in a question-and-answer session with the audience. The movie, released in 2015, tells the stories of immigrants from the Middle East, North Africa and the Arabian Peninsula who left their homeland in pursuit of the American Dream.

“Arab Americans have proudly ventured beyond their ethnicity, language and religion to make noteworthy contribution to both the immigrant experience and ultimately the American experience,” Kasbo said. “They served this nation with significant contributions throughout the spectrum of society – as politicians and public servants, entertainers, physicians, business leaders and educators. It is this extraordinary and uniquely American story of people and places that must be told.”

The event is free and open to the public and will be held in room 112 at Corporate College West, located at 25425 Center Ridge Road in Westlake. To learn more about the film, visit www.arabamericandoc.com.

A film screening and discussion with Kasbo also will take place that day from 1-3 p.m. at Tri-C's Western Campus in Parma.