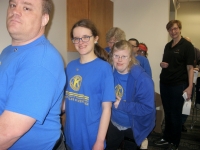 No one want to think about the dangers of their child wandering, but as parents or caregivers to a child who wanders it is important to understand what wandering is and why it is dangerous, then take the necessary steps to put a S.T.O.P. to wandering.