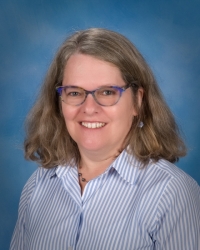 After leading the care and education of the youngest of Bay Village’s children for more than a decade, Dorothy (Dody) Chadwick will retire from her position as director of Glenview Childcare and Learning Center, part of the Bay Village City Schools, on July 1.

The Bay Village resident joined Glenview as a teacher in 2008 and became the program’s director in 2009. Prior to that she served as the site administrator for the West Shore Ecumenical Ministry’s Youth and Family Learning Center and the director of the West Shore Child Care Center.

“I am so grateful for the opportunity to serve the children here as part of the Bay Village Schools,” Chadwick said. “Our district nurtures the whole development of the child all the way through. I’ve been lucky to have such an amazing team, all licensed teachers. They provide true quality care and are responsive to family and community needs. It has been a very rewarding experience.”

She is most proud of the continued progress toward high quality that has been documented during her tenure with the achievement of being named a Step Up To Quality Center by the Ohio Department of Education. The fee-supported Glenview Center provides daycare, preschool and before-and-after school care.

“There has been a huge focus on early childhood and its importance in all developmental fields including academics, social and emotional learning,” she said. “Children learn important concepts best through play, and that is how we deliver curriculum that includes literary skills, expanded vocabulary, math concepts, self-management and social/emotional skills. While it is a structured curriculum and assessment cycle, it is through individualized play appealing to students’ interests that they learn.” Other important quality benchmarks include health screenings, developmental screenings, more professional development for teachers and parent engagement.

Chadwick’s interest in early childhood education began at a time when the importance of the field was not as widely recognized as it has become today. A Connecticut native, she earned a bachelor’s degree in American Studies at Yale University and focused on the effects of childcare on families. She served on a board piloting a childcare center model and became further fascinated with how family units are affected by the quality of available childcare.

After graduating from Yale, where she met her Canadian husband, Terry, she moved to Toronto. There she continued her studies at the University of Toronto Institute of Child Study. When her husband’s job was transferred to the Cleveland area, she earned a master’s degree in curriculum and instruction at Cleveland State University.

She said there was no question where she and her husband would raise their family once in the Cleveland area. “We looked at houses all over, but we chose Bay Village because of the schools,” she said. “Both my son and daughter received a phenomenal, well-rounded education where they could experiment and do things they would not have been able to do elsewhere. They have both been extremely successful thanks to that educational foundation.”

She said she and her husband, who is also retired, plan to take a break and visit family throughout the country and Canada. But she will not completely leave the field she is so passionate about.

“I will continue to work for the education of young children and their families in some way,” she said. “There is no doubt those first five years of a child’s development pave the way for their success in school and in life.”

Director of Communications for the Bay Village City School District