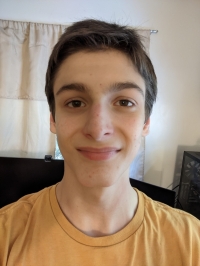 Congresswoman Marcy Kaptur announced the results of the challenge, saying she looks forward to a discussion with James to learn first-hand of the skills and expertise that went into the creation of his application.

“James’ wonderful application received strong scores in each phase of the judging process, from concept, to design, to the skill shown to produce it,” said Rep. Kaptur. “We had strong submissions and participation from across the district. Developing STEM education must be a priority not only within our community, but across our nation as well, and the Congressional App Challenge is an opportunity to foster critical skills. I offer my sincerest congratulations to James Bish on his win and thank him for the impressive and important work that went into creating his app.”

The Congressional App Challenge is a district-level competition for high school students to foster coding skills and inspire students to pursue careers in computer science. James’ application comes at the direction of teacher Rob Grossman at Bay High.

Rep. Kaptur received a total of nine app submissions from students across Ohio’s 9th Congressional District in her second year hosting the competition. The judges for this year’s competition included computer science professionals and scholars from across the district such as Max Herzog from the Cleveland Water Alliance and Kelly Zelesnik from Lorain Community College.

Winners of the 2020 Congressional App Challenge will be eligible to attend a virtual Capitol Hill reception in Washington, D.C., where their app will be featured in the United States Capitol Building. Prize announcements are still to come, but past winners have received flight credits and Amazon gift credits.