Technology for the HoH community 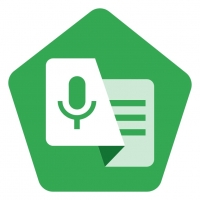 The icon for the Live Transcribe app, available in the Google Play Store.

Part one of a two-part series on how technology can help the hard-of-hearing community.

My better half believes that I suffer from "selective hearing syndrome." Luckily, I possess a "get out of jail" card as I'm temporarily hard-of-hearing (HoH) for real. Honey, I "really" didn't hear you well enough that you wanted me to take out the garbage – LOL!

As an old geek teaching digital literacy to seniors for free through our nonprofit, my life after succumbing to acute HoH has been helped by none other than … technology. My smartphone, one of the Pixel models from Google, is basically a reference model for smartphones from other brands running the Android hand-held operating system from other brands. Manufacturers like Samsung, LG, and Motorola license Android, and customize and sell smartphones under their own model names like Galaxy, Velvet, and Moto G respectively.

In 2019, Google introduced the "Live Transcribe'' app that captions what the Android-based smartphone hears. If you are HoH like me, this app helps me carry on a conversation in-person by transcribing what my companion says. You can set it up to transcribe one of the 80 languages it supports.

It even notifies of surrounding noises like a dog barking, someone knocking on the door, or a faucet running, together with other attention-grabbing notification methods like blinking the camera-flash several times for certain preset environmental sounds. This can potentially save lives for the severely HoH by blinking the camera-flash incessantly when the fire alarm is going off.

As long as you are connected to the internet, aka the cloud, by Wi-Fi or mobile data, the Live Transcribe app will work on Android-based smartphones/tablets.

Although many apps found in Google's Play Store for Android-based smartphones/tablets have equivalents in Apple's App Store for iPhones/iPads, currently the Live Transcribe app does not exist for iPhones/iPad users. Only Google knows if they will release this for iPhone/iPad users. That doesn't mean there aren't no-cost solutions for iPhone/iPad users who are HoH. My "DIY" recommendation is to start up the native Notes app and when the virtual keyboard shows up, tap on the "microphone" icon so the Notes app can transcribe what your companion is saying to carry on a conversation.

Around the same time, Google introduced Live Caption, a new "feature" (i.e. not an app) exclusively on their Pixel smartphone models, and later on select smartphones from other manufacturers. This new feature of Android version 10 transcribes any video or audio source playing on the smartphones. This, for example, means that if a YouTube video lacks the "closed caption" (CC) enabling button, you can still get it captioned by Live Caption in real-time.

With Android version 11 that came out last fall, Google upped the ante by exclusively enabling their Pixel smartphones, specifically Pixel 2 models and newer, to transcribe audio and video phone calls!

In part two of this series, we will explore how technology like Live Caption can assist the HoH users of Windows and MacOS computers.

Strategist and technologist with over 30 years of experience in the private sector. Holds Bachelor of Science in Computer Information Science and Executive MBA from Cleveland State University.

As Founder of the Center for Aging in the Digital World, a 501(c)(3) nonprofit empowering seniors with digital literacy, Tak connects the dots to help people utilize appropriate technology in their personal and professional lives while using digital literacy as a tool for seniors to avoid loneliness and social isolation.

Read More on The Digital World