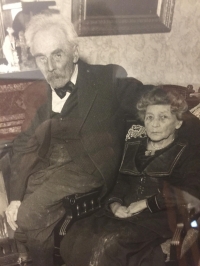 First in a series of articles on Clague Memorial Park.

If you are a Westlake voter, you are familiar with Issue 53, the proposed continuation of the existing one-eighth percent income tax to pay for capital improvements for the recreation center, a new community services center and parks and other recreational facilities. This is the way a mature, forward looking, suburban community deals with addressing the recreational and social needs of its citizens.

One hundred years ago things were very different. There were no municipal income taxes and parks and recreation for citizens in Westlake (Dover) were dependent on the goodwill and largess of the Clagues, much as the Cahoon Will had created the foundation for the park system in Bay Village a few years earlier. It was 1917 when 65-year-old spinster Ida Marie Cahoon bequeathed land to establish Cahoon Memorial Park in Bay Village.

In Westlake's Clague Memorial Park, the inscription on the face of a large granite monument states: “Forty years ago Walter Clague desired to donate his property for a park when the opportune time came. This desire was realized on October 26, 1926, when Dover Village accepted the 78 acres on Clague Road for park purposes, which park to be called the Clague Memorial Park both name and park for all time.”

Based on the identical way the parks are named, perhaps it was Ida Cahoon’s example which brought Walter’s dream to fruition. Just like Ida, Walter and Sophronia, the two elderly unmarried Clague siblings, offered their land and home to Dover Village for use as a park, museum and library.

Thanks to Denise Rosenbaum, current clerk of Westlake City Council, and her diligent work digitizing records, the “thank you note” to Sophronia and Walter Clague from Dover Village officials has come to light. It reads:

“The Council and officials of the Village of Dover as the representative of the citizens of said Village desire to express to you their appreciation and thanks for the wonderful gift you have made to the people and the future generations.

Such acts of benevolence are rare and the benefits and pleasures to be derived from your magnanimous gift cannot be estimated.

Those who are blessed with a kindness and thoughtfulness for their fellowmen and bestow upon their fellow citizens such marvelous gifts are endowed with a spirit of charity for the welfare, health and happiness of the community that will live forever in the hearts of the beneficiaries and all posterity.

Again thanking you this magnificient (sic) gift, we trust that you will continue to enjoy health and happiness for many years.”

The first step to turn the Clague land into a park was the construction of a monument which was unveiled in a ceremony three years later on Tuesday, Oct. 29, 1929. While it was a great day for Dover Village, it is known worldwide as “Black Tuesday,” the very day of the Stock Market Crash of 1929. The crash began on Oct. 24, also known as “Black Thursday,” and accelerated on Oct. 29.

The Clagues' gift included a stipulation that they be able to live in their home until their deaths. Sophronia died on Jan. 6, 1934; Walter on March 31, 1934. While the Great Depression of the 1930s that followed the Stock Market Crash of 1929 was devastating to many, it ended up providing the federal funds and labor to convert the Clague family property from a farm to a real park.