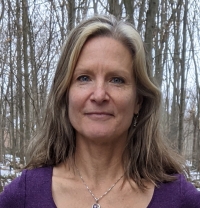 Reusser won the International Speech Contest with her speech, “A Reckoning,” the story of a mother finding and reuniting with her adopted child after 38 years. She also won the Tall Tales Contest with “A Dream Come True,” the fanciful tale of three wishes from a genie – one of which was to advocate for individuals with ADHD.

She will compete against clubs in Toastmasters Western Division in April. Meanwhile, when she’s not winning speech contests, Reusser is usually working as an economic editor at the Federal Reserve Bank of Cleveland, sewing or practicing her violin.