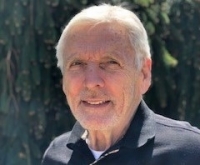 A Clevelander by birth and a Westlake resident since 2001, Ron Zenkewicz has a gift for turning obstacles into opportunity. Born in 1942, Ron grew up in Cleveland’s Slavic Village, near Fleet and Broadway. He graduated from Cathedral Latin High School near University Circle.

After graduation, Ron sold shoes and managed stores for Thom McAn with thoughts of joining his father, a lifelong US Steel worker, in the mill. The arrival of a draft notice derailed those plans. Ron opted for a four-year stint in the Air Force, hoping to become an air-traffic controller. Incoming tests landed him, instead, as a non-Morse intercept operator, capturing Russian and Chinese military communications. Stationed initially outside London, Ron was eventually sent to Pakistan until his discharge in 1967.

Once back in civilian life, the CIA tried to recruit Ron to continue intelligence work. He chose, instead, to return to Cleveland where he had heard the FAA was hiring air-traffic controllers. After qualifying for the position, he completed a four-year training program, eventually ending up in front of a radar screen at the Cleveland Air Route Traffic Control Center in Oberlin. By then married, he and his wife, Dana, had two sons, Trent and Ryan. In 1981, everything changed for the family when President Reagan fired the unionized air-traffic controllers over a strike dispute. By then in his early 40s and unable to work in his hard-fought career, Ron had to reinvent himself again.

An opportunity with the Boilermakers Union and four years of training offered Ron a second career. He learned all aspects of the trade, from repairing small school-building boilers to CEI’s 11-story tubes and huge oil refinery boilers, eventually managing teams of 200-plus. The work kept Ron away from home for weeks at a time and always over weekends and holidays when plants would close for repair. He credits his wife, Dana, with keeping their home and family functioning well. Both boys graduated from St. Ignatius High School with storied high school football careers. Trent went on to play for the University of Michigan and Ryan for John Carroll University.

Ron retired from the Boilermakers Union in 2001 and later worked as an estimator for NBW (formerly known as National Boiler Works), retiring for good in 2010. Ron eventually became a part-time driver for Westlake’s Senior Transportation program, beloved by his older riders for his gentlemanly courtesy and warm conversation. Then, in 2019, life had another twist for Ron when he faced a daunting health crisis that forced him back into retirement. Always a fighter, Ron completed treatment in March 2020, just as Covid-19 arrived and the world slowed down for all.

Today, Ron is feeling great and enjoying reconnecting with his sons and their families (six grandchildren) in Columbus and Chicago. Ron and Dana have found a happy routine in retirement with Ron serving as the family barista each morning and sous-chef at suppertime. Much of his spare time is taken up by yard work, Sudoku and occasional fishing trips.