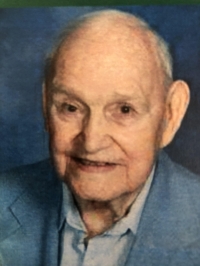 In 1993 the Westlake Historical Society published a book titled “You’ve Come a Long Way, Westlake … and You’ve Got a Long Way To Go” by William M. Robishaw. Mr. Robishaw, known as “Bill,” served as the president of the Westlake Historical Society for 14 years, in 1981 editing and overseeing the publishing of “A History and Civics of Dover Village,” from a manuscript written in 1930 by a Dover High School social studies teacher and one of his students.

The teacher, Reign S. Hadsell, taught civics in Dover from 1926 until 1930. Hazel Rutherford was one of his students who graduated from Dover High School in 1931. While Hadsell was the primary author of the manuscript, he credits Rutherford in the foreword with writing a number of the chapters. Mr. Robishaw, Dover High School class of 1939, took the rough manuscript and turned it into a book which was published with financial help of the Friends of Porter Library and the Westlake Historical Society.

Both of these books combined form the “bible” of Westlake history. The Hadsell and Rutherford volume covers pre-history until 1930 and the Robishaw volume the period from 1930 until 1993. The Robishaw book has been out of print for a number of years. Andrew Mangels, the director of Porter Public Library, is spearheading the efforts of a team of Westlake residents and Porter’s local history librarian, Chad Statler, to lightly edit the book and add content for the period from 1990 until today, and get it back into print. The team includes one former resident, Dr. Donna Conlon, Bill Robishaw’s daughter.

Mr. Robishaw wrote much of the second book from Florida, where he retired after a 28 year career in the Westlake schools, including nine years as the principal of Holly Lane and 12 as the principal of Bassett Elementary. At 500 pages it is a very comprehensive book. It was written in the midst of the incredible growth that was occurring in Westlake, when Westlake was the fastest growing community in Cuyahoga County in residential, commercial and industrial construction.

The book quotes an article from the period that laments the fact that Westlake did not have a “town center,” a focal point, something that has changed since, with the construction of Crocker Park and the creation of the Recreation Center and park – both new focal points in the city. Now, in 2021, the city is nearly built out and has brilliantly completed that “Long Way To Go.” Mr. Robishaw was able to witness this in 2010 when he came for a visit to Westlake with his wife Jean. She died on their trip back to Florida and he died in 2012.

We will let Observer readers know when the book is back in print. Meanwhile, Porter Library is open again for browsing and you might just pick up a circulating copy of either the Hadsell and Rutherford or Robishaw books. Digging Dover columns are merely an appetizer to the veritable feast that these two books are for Westlake local history fans.