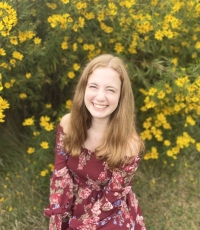 Bay Village City School District is proud to announce that five students have been recognized in the 2022 National Merit Scholarship Program, an annual academic competition for recognition and college undergraduate scholarships.

Aden Bergstresser and Milan Oppewall have been named Semifinalists, and Jonathan Douglas, Angelica Jameson and Sean Smith are recognized as Commended students. All are seniors at Bay High School. These students were identified based on their 2020 Preliminary SAT/National Merit Scholarship Qualifying Test (PSAT/NMSQT) scores.

Aden Bergstresser is looking to attend University of Michigan, Cornell University or Harvard University to study Applied Physics. He plans on pursuing a career in the aerospace industry. This Key Club and National Honor Society member is also on the BHS tennis team, and he volunteers for the Village Project and Cleveland Angels. HIs favorite subject is physics. Aden’s hobbies include playing chess and sudoku. He is the son of Amy and Art Bergstresser.

Milan Oppewall is field commander for the BHS Marching Band. She is also part of Symphonic Band, Chamber Orchestra, Jazz Band and Pit Orchestra, playing both the clarinet and tenor saxophone. Her extracurricular activities also include: yearbook co-editor, vice president of the senior class, and treasurer of Thespians and Key Club. Milan is also a member of National Honor Society, Project Earth, Pupil Assisted Learning and Young Philanthropy Fellowship. Her college studies will include Business Administration & Management, and she hopes to attend The Ohio State University, Case Western Reserve University, Carnegie Mellon University, Cornell University or University of Pennsylvania. She is the daughter of Tarra and Chris Oppewall.

Jonathan Douglas is planning on majoring in meteorology in college,and would like to attend the University of Oklahoma, The Ohio State University or Pennsylvania State University. His favorite subjects are physics and chemistry. Jonathan is first chair of the Chamber Orchestra, and is also involved in Pit Orchestra, Honors String Quintet, cross country and track. Outside of school, he enjoys forecasting major weather events, doing DIY projects, working part-time at a local restaurant and taking violin lessons. He is the son of Susan and Aron Douglas.

Sean Smith is a member of National Honor Society and Key Club, and is first chair trumpet in the Jazz Ensemble and trumpet section leader in the Marching Band. Outside of Bay High, he enjoys hiking, creative writing and traveling. His favorite subject is mathematics. Sean hopes to attend Yale University, Columbia University, Princeton University, Georgetown University or Northwestern University with career goals of becoming a business owner, journalist or politician. He is the son of Marilyn and Mike Smith.

Of the 1.5 million students who took the 2020 PSAT/NMSQT, only 16,000 earn Semifinalist status, putting two Bay Village students in the top 1% of students nationwide. Bergstresser and Oppewall must submit an application to be named a finalist and continue on in the National Merit Scholarship competition. About 15,000 semifinalists are expected to advance to the finalist level, and more than half of those finalists will win a National Merit Scholarship, earning the Merit Scholar title.

"We are so proud of these five students and all that they have accomplished during their high school years,” said Bay High School Principal Jason Martin.

"What an amazing honor for these students,” said Bay Village City School District Interim Superintendent Char Shryock. “They are not only leaders in the classroom, but also within our community.”

Students who achieve finalist status will compete for more than $30 million in scholarship awards. The 2022 National Merit Scholarship winners will be announced in nationwide news releases beginning in April of 2022. These scholarship recipients will join more than 362,000 other distinguished young people who have earned the Merit Scholar title.