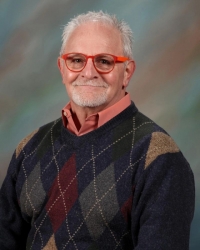 Westlake resident Michael DiLauro will share his documentary, "Prisoners Among Us: Italian American Identity and WWII," at Dover UCC on Jan. 29.

Westlake’s Dover Congregational United Church of Christ is a congregation of amazingly talented people, including a six-time Emmy winning producer and director! Lucky for us, that Emmy winner, Michael Angelo DiLauro, will be sharing his celebrated documentary, "Prisoners Among Us: Italian American Identity and WWII," at our church this month.

The film, with commentary by Tom Brokaw, chronicles how Italian immigrants assimilated into American culture from the early 19th century through WWII. The film looks at America’s “enemy alien” policies and the impact of that legislation upon unwitting immigrant families.

Through interviews, historical detail, photographs, archival footage, music and literature, DiLauro brings to life the travails and spirit of a proud people who ultimately emerged victorious. "Prisoners Among Us" is narrated by Tony Lo Bianco, actor and spokesperson for Order of Sons of Italy in America.

Join us for this fascinating film, followed by pizza and a Q&A with producer/director DiLauro, on Sunday, Jan. 29, at 5:30 p.m. in Thomas Hall at Dover Congregational United Christ of Christ, 2239 Dover Center Road in Westlake.